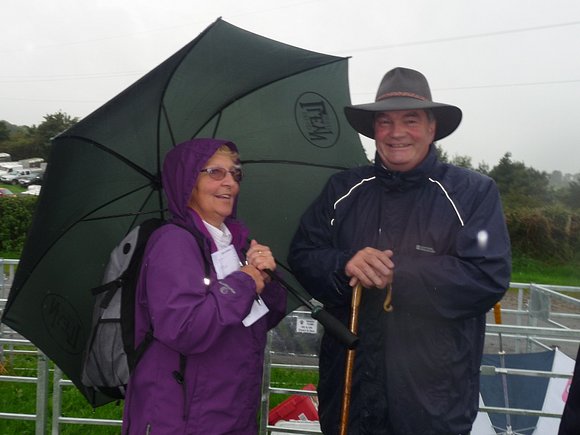 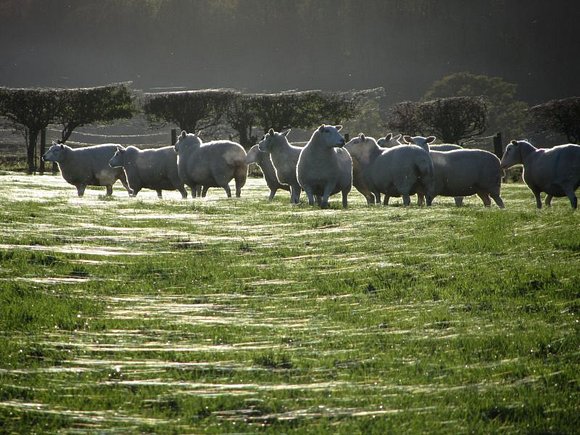 Lleyn living with the floods and tides!

John has been farming at Laneside Farm on the South West coast of Scotland since 1985. In 2002 he moved into Lleyn when he purchased some ewes and rams from Carlisle and Skipton Society sales. He moved into Lleyn as they were MV Accredited, he could keep a closed flock hence control the health status of the flock. John says “I was told they would be good mothers that just get on with the job”. Having now working with the Lleyn for 18 years John reports “the Lleyn has the best maternal instinct I have ever worked with. Lambs are born with a will to survive. Able to thrive on all land types from coastal rough pasture to good temporary grazing”.

John has a total of 450 areas of coastal laying land, silt, sand, clay and peat. John describes it as wet with a constant battle between floods and tides. Ideal for growing grass and better still rushes!

The farm currently stocks 500 registered Lleyn ewes. 100 of the better ewes are lambed in February/March for replacements and the show/sale team. The rest are lambed March/April on a more commercial basis. The ewes are grazed all year round with only the 100 early lambers brought in for lambing. The later flock are lambed outdoors. Depending on the weather the aim is to not supplement feed any of the ewes until two weeks prior to lambing.

Through selective breeding John is now seeing a scanning percentage annually of 185-195%. In 2017 the whole flock scanned at 193%, lambed 191% and weaned a viable 187%. John is happy with the prolificacy of the breed as it gives him plenty of lambs to sell. John generally runs the whole flock pure with Lleyn rams bought in as stock sires. For 2018 John has put some of the commercial flock to the Texel as an experiment although he is more than happy with the way his pure bred flock is working.

The prime lambs are sold through Border Counties Primestock which is a subsidiary of Farmstock Scotland ltd. John is a director of Border Counties and is a representative on the board of Farmstock Scotland. A grade is received for each carcass. John notes this is extremely important information which he uses when selecting his flock replacements. Poor performers are culled.

All lambs are weighed at weaning and those selected for breed type to go forward as replacements are weighed monthly throughout the winter with the best performers retained.

John shows Lleyn at local shows and the Royal Highland. His greatest success to date was winning the 2017 Highland Show Lleyn Championship.

Alongside the sheep John takes in 150 bed and breakfast wintering cattle. Another string to his bow is his firewood business. He sells logs locally and processes wood for biomass boilers. John joined the Lleyn Sheep Society Council at the AGM in October 2017.